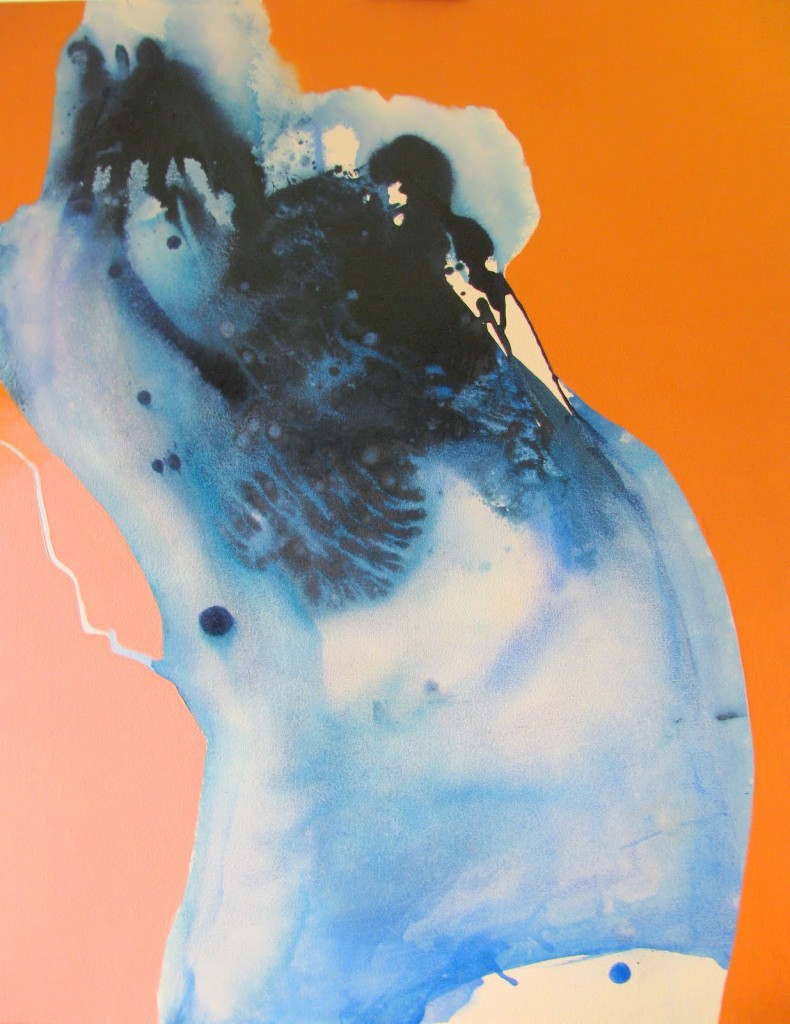 Subversion and Subsidy and Wet

Subversion and Subsidy, a book on contemporary art and aesthetics by Rainer Rochlitz, attracted my attention first as a relatively new publication (2008) on the subject. (O.K., its cover was bright pink and the dedication line read: “To G., the perplexed artist“) It continued to capture my interest when the contents unfolded: Part One of the book, titled “Situation” offered an article “Breaks in the Modernist Logic” where I found an argument on the “regressive nature” of the ‘return to painting’ in the late 1990s.

Statements that provided the real hook for me as a reader were, however, positive thoughts on the role, sovereignty and internal autonomy of the contemporary art and the artist e.g.: “Seeking to express what is unique and original in his own vision, the artist finds himself invited to follow, or at least to take a note of, a collective logic of art that is heterogeneous with respect to his own project and which can sometimes impose an empty radicalization” (Rochlitz, p.33) Another one was: “One can say, provisionally, that a work that seeks, ‘with eyes closed’, to attain to beauty by ignoring both the technical problems of its predecessors and the bitter experience of the age, condemns itself to impotence.” (p.20)

As a painter I cannot ignore the heritage of the past decades’ discourse and arguments on the vitality or validity of painting as a genre. I could say, after another art theorist and painter, Mira Schor, that “My charge is to continue to evaluate my work in relation to several theoretical discourses and critiques of painting while engaging with the serious pleasure I get from the visual, not with the intent of making art that would look pretty or beautiful in fact, one characteristic of much work by [women] painters that I am interested in is that they depict the underside of ideals of beauty but without contempt for paint itself… nor with the delusion that I can invent a new language of painting. I want to engage with the language of painting, with the metaphorically expressive possibilities of the materiality of painting, trusting in the complexity of visual language in painting, in order to reinvest painting with the energy of a different politics, a politics of difference…” (Mira Schor, Wet, p.169)

These two books intertwined in addressing different issues in contemporary art and painting for me during the last week; often I would stop reading one and turn to the other where a similar topic was under discussion.

I turned to Mira Schor and her Wet (1997) and A Decade of Negative Thinking (2009) for the reasons described by Rochlitz, precisely seeking answers in the ‘collective logic’ of my predecessors and contemporaries. Feminism had not particularly interested me till I found a Griselda Pollock’ quote “Something different must occur if a painter who paints with such a body is, in fact, a woman artist, painting from “the creative woman’s body” (Mira Schor, A Decade of Negative Thinking, p.95) This quote seemed to allude to Merleau-Ponty’s saying that “a painter takes his body with him”, paints with his body.

While the very title Wet (and an unequivocal image on the cover) rang as a bit radical to me, the art-historical grounds for Schor’s argument looked solid (pun unintended). The fluidity of paint and “the slime of painting” had been associated with woman’s body and feminine craft since Marcel Duchamp’s calls for “a completely dry drawing, a dry conception of art”(Wet,p.149). Schor shows how fluidity was detested even on more metaphorical levels: in her account of Benjamin Buchloh’s interview with Gerhard Richter when asked about the “irony” allegedly embedded in his paintings, Richter said: “They [paintings] have a normal seriousness. I can’t put a name on it. I’ve always seen it as something musical. There’s a lot in the construction, in the structure that reminds me of music.” Buchloh’s answer to that was: “That’s one of the oldest clichés around. People always have resorted to music in order to save the foundations of abstract painting”. (p.148) Schor argues that against the “unregimented flow” of paint (or music) some critics posit the mechanistic one, of architecture, or of language. Buchloh questions the importance of paintings which are “hard to describe”. “If words fail, then the undescribable must be “investigated anew”, or eliminated. Not surprisingly Buchloh favours the insertion of words into pictures especially through collage…Fear of flow also condemns Richter’s analogy of painting to music, which, though invisible, is the quintessential flowing element through the ear, which offers no protection between interior and exterior” (p.150)

Schor calls certain critics, for whom painting is “dysfunctional” and “atavistic” – “aesthetic terrorists”- stating that they mock “the metaphysics of the human touch” on which defences of painting depend.

As I already heard from my instructors at the University last summer, the work of Gerhard Richter was exempt from general critique of painting. One of the profs mentioned that “embedded irony” in the very style of his paintings. Rochlitz offers an explanation of the phenomenon: “The critique of ideological regression [of a ‘return to painting’] is here based on an interpretation of the history of art as an irreversible linear process (which, Rochlitz claims, is contrary to the postmodernist reading of history), such that a historical inscription of a work of art is decisive for the aesthetic quality to be attributed to it. In the same way, Benjamin Buchloh speaks of a return to figuration ‘contrary to any aesthetic logic’ and Terry de Duve of a ‘return to painting which disavows the precedent of the readymade’. Implicitly, the latter conceives of another (cursive original) return to painting that does not: one that deliberately sets out to combat the photographic reproduction whose ascendancy over the visual image is one of the major features of our age. This is why Gerhard Richter and Robert Ryman are accorded canonical status by both Buchloh and de Duve.” (emphasis mine) (Rochlitz, p.18)

I admit that participating in this rhetoric might feel as “slaying dead dragons” for today’s artist, but Mira Schor confesses that “the issue [of continued debates over the viability of painting] of sometimes contradictory critiques of painting I feel I must negotiate daily as a painter. I am perhaps seditious towards painting and other painters because I at least give these critiques credence, and seditious toward the critique because I still paint despite of them.” (Mira Schor, p.165)

In A Decade of Negative Thinking Schor touches upon the role of abstract painting in the contemporary art scene. She quoted Lucy Lippard who supported a number of women painters working abstractly in the post-minimalist movement such as Eva Hasse and Hannah Wilke. Lippard gradually moved toward other political concerns and lost interest in writing about abstract art: “As I became more involved in issue-oriented feminist art… I wrote less about abstract art … It’s just harder to see the subversion and the confrontations in an abstract work…” (Schor, p.95)

Art ‘based on politics’ or involving language (or text as in a Buchloh’s collages) is definitely ‘easier to see’ or to interpret. However, as Rochlitz argues: “the ‘old ideology of the autonomy of art’ – which does not imply an asocial reclusion but rather a proper logic of art’s own, including when it steps out onto theoretical and political terrain – is making a comeback, fair and square. The work of art is distinguished from the aesthetic judgement by the irreducibility of its medium, of its mode of symbolization. Even the concept in the conceptual art is not purely discursive, (emphasis mine), as is witnessed by the spatial staging of the discourse.” (Rochlitz, p.34)

The painter and the theorist, Mira Schor states that “To this day… the question of whether the artist of contemporary life can be an abstract artist remains in play. Can contemporary life endure the metaphoric realm of abstraction or is it too literalist and information- and representation-based?”