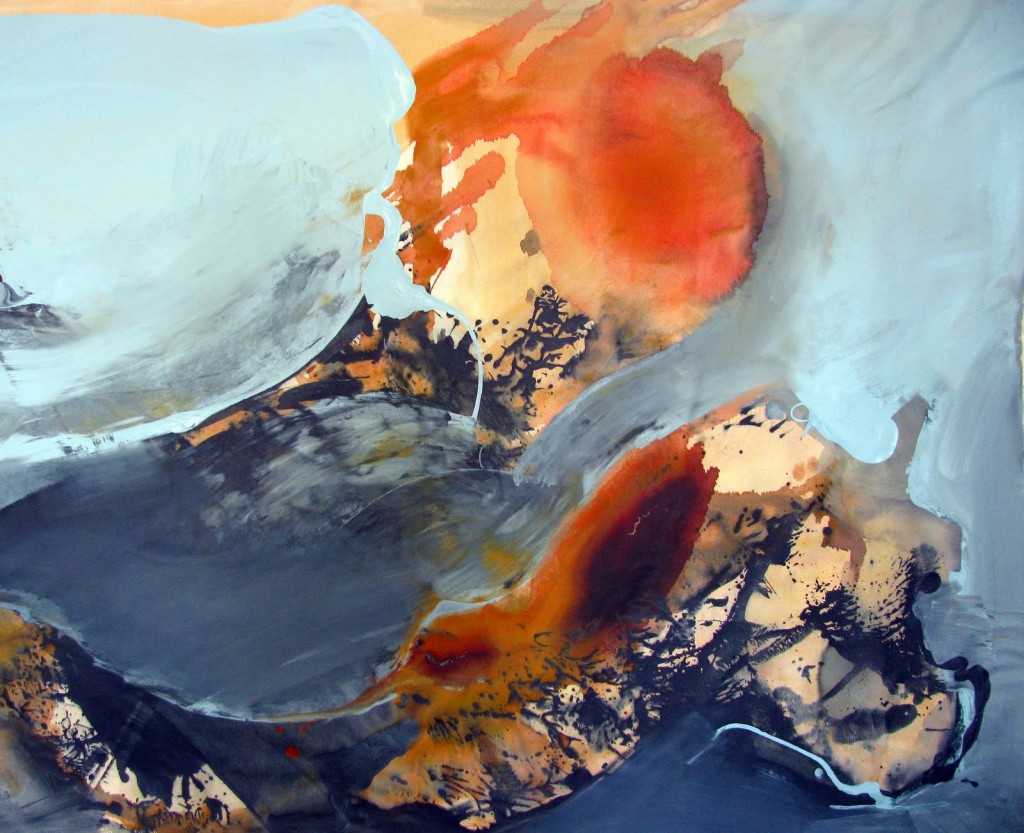 That ‘new angle’ of looking at things that artists possess and consciously cultivate, or the phenomenon of ‘rendering visible’ as opposed to traditionally ‘rendering the visible’ gets into the spotlight in “The World of Perception”, 7 lectures for the radio by Maurice Merleau-Ponty.

In the first lecture “The World of Perception and the World of Science” the philosopher claims that “in order to gain access to this world” we have to “…lay this world bare and … rediscover it” (32). He states that a world of perception is still to a great extent an unknown territory, as long as we remain in the practical or utilitarian attitude.

The real world, Merleau-Ponty reminds us is not this world of light and colour, not “the fleshy spectacle which passes before [our] eyes. It consists, rather of the waves and particles which science tells us lie behind these sensory illusions” (33).

He suggests that a meeting point between the two, the relationship between perception and scientific knowledge is one of appearance to reality. “It befits our human dignity to entrust ourselves to the intellect, which alone can reveal to us the reality of the world” (34). Merleau-Ponty praises art and philosophy for “rehabilitating” perception and the world as we perceive it.

He poses the question whether science does, or ever could, present us with a picture of the world which is complete, self-sufficient and somehow closed in upon itself, such that there could no longer be any meaningful questions outside this picture. “The scientist of today… no longer cherishes the illusion that he is penetrating to the heart of things… The physics of relativity confirms that absolute and final objectivity is a mere dream… It also rejects the notion of an absolute observer” (35).

In his second lecture, “Exploring the World of Perception: Space.” Merleau-Ponty argues that if “modern thought (and art) is difficult and runs counter to common sense, that is because it is concerned with truth; experience no longer allows it to settle for the clear and straightforward notions which common sense cherishes because they bring peace of mind” (37).

The world of perception the philosopher explains, and our knowledge of it have changed: space is not a uniform medium in which things are arranged in three dimensions and in which they remain the same regardless of the position they occupy: “…space is composed of a variety of different regions and dimensions, which can no longer be thought of as interchangeable and which effect certain changes in the bodies which move around with them… We can no longer draw an absolute distinction between space and the things which occupy it, nor indeed between the pure idea of space and the concrete spectacle it presents to our senses” (39).

Merleau-Ponty illustrates his point with the example of painting: “According to the classical doctrine painting is based on perspective. This means that when a painter is confronted by, for example, a landscape, he chooses to depict on his canvas an entirely conventional representation of what he sees”(40). He elaborates that on the canvas a painter arranges things such that what he represents is nothing more than a compromise between various different visual impressions: he strives to find a “common denominator” to all these perceptions by rendering each object not with the size, colours and aspects it presents when the painter fixes it with his gaze but rather, with the conventional size and aspect that it would present in a gaze directed at a particular vanishing point in relation to which the landscape is then arranged along lines running from the painter to the horizon.

“Landscapes painted in this way have a peaceful look, an air of respectful decency,… They remain at a distance and do not involve the viewer. They are a polite company: the gaze passes without hindrance over a landscape which offers no resistance to the supremely easy movement”(40) (Emphasis – mine)

But this is not how the world appears to us when we encounter it, asserts Merleau-Ponty. “When our gaze travels over what lies before us, at every moment we are forced to adopt a certain point of view and these successive snapshots of any given area of the landscape cannot be superimposed one upon the other. It is only by interrupting the normal process of seeing that the painter succeeds in mastering this series of visual impressions and extracting a single, unchanging, landscape from them… By subjecting all such details to this analytical vision, he fashions on the canvas a representation of the landscape which does not correspond to any of the visual impressions. This controls the movement of their unfolding yet also kills their trembling life” (41) (emphasis – mine).

Merleau-Ponty concludes that if many painters have been reluctant to settle for the analytical overview and have tried instead to recapture the feel of perceptual experience, they have been striving to render the experience of perception, and capturing a “birth of a landscape”, a “world in which being is not given but rather emerges over time” (41).  Thus space is no longer a medium of simultaneous objects capable of being apprehended by an absolute observer who is equally close to them all, a medium without a point of view and without a spatial position -  in sum, the medium of pure intellect.

“… the notion of a single unified space entirely open to a disembodied intellect has been replaced by the idea of space which consists of different regions and has certain privileged directions; these are closely related to our distinctive bodily features and our situation as beings thrown into the world…” (43).